TRN would be the voice of forlorn communities that will define the new age journalism: Editor TRN

Jammu, August 05, 2020: Vomedh media group on August 05, ventured into journalism by formally launching a web news portal “The Right News” – TRN (www.therightnews.in) to make it “the voice of forlorn Kashmiri Pandits, the voice of ignored Jammu and the voice of every Right thinking Indian”.

‘Bhat Brothers’ as Rakesh Roshan Bhat, mentor and Rohit Bhat, president of Vomedh are known, had announced the launch of news portal some time ago for which a furnished headquarter with all equipped studio has been established at Jawahar Nagar, Talab Tillo in Jammu.

The customary Greh Pravesh pooja was held on August 03 while the official launch was organized on August 05.

Veteran Journalist, King C Bharati, who has vast experience of launching new newspapers, news magazines and news portals, is an integral part of the venture and has lent his expertise for the news portal to lead the team “THE RIGHT NEWS (TRN)” as its Editor-in-Chief.

A grand inaugural ceremony was organized on August 05 in Jammu where a number of dignitaries participated and later a debate on the “Revocation Of Article 370 And 35 A – Achievements And Disappointments” was held followed by an interactive session moderated by King C Bharati.

Speaking on the occasion Rohit Bhat explained the idea behind launching of the portal and referred to his brother Rakesh Roshan Bhat’s vision of becoming the voice of forlorn communities of J&K.

He said that August 05 was chosen as the date of official launch as it is a red letter day in the history of Jammu and Kashmir when the most dubious provisions of Article 370 and 35 A were revoked by the Narendra Modi government in 2019 and the state was not only fully integrated with India but also bifurcated into two union territories.

Hence it was decided to launch the portal on the first anniversary of this historic decision, Rohit said.

King C Bharati, Editor-in-Chief in his welcome address explained the future working of the news portal adding the portal will not be a regular run of the mill breaking news facebook page but a serious news and analytical news and views portal that will define the new age journalism in J&K and elsewhere.

Referring to the promotional video of TRN he said their focus would be news that is beyond sensational journalism and unbiased adding TRN does not believe in ugly studio debates and unverified breaking news syndrome but real and fruitful news that would bring forth the unheard voice of the people.

He also remarked that it was an auspicious day in a number of ways with one being the first anniversary of revocation of the provisions of Article 370 from J&K as well as the Shilanyas (Stone laying ceremony) of the revered Shri Ram Temple at Ayodhya which also is the culmination of 500 years of struggle of Hindus to restore the birth place to Shri Ram.

King C Bharati later resigned from the post of Editor-in-Chief of The Right News (TRN) on September 05, 2020.

The debate concluded on a harmonious note except some brief heated exchanges between the audience and some panelists with everybody accepting that Prime Minister Narendera Modi was a man of action and promise and hoped that J&K would usher into a new era of development and progress under the new arrangement. Full debate can be watched on TRN portal www.therightnews.in.

It is worth mentioning here that the promoter brothers Rakesh Roshan Bhat and Rohit Bhat are the creators of some of the best KP community assets and international brands to reckon with from J&K like “Vomedh”, “KashmirOneStop.com”, “Jammu Film Festival” and “Roots In Fateh Kadal Entertainment”

TRN is digitally powered by one of the biggest and best IT companies from Jammu, “Ideogram Technologies”

The launch programme was anchored by Bindiya Raina Tikoo and Manged by Bharti Koul while logistics were arranged by Balbir Ram and programme hosted by Bhojanwale. 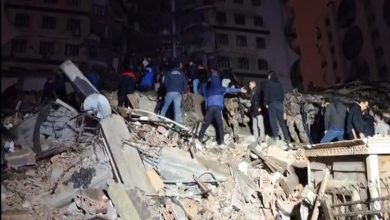