Jammu, June 12, 2022: Gokul Dembi (Koul) needs no introduction in the field of art and culture as he is rightly known as Master artist in the state and has carved a niche for himself at the national and international level.

In our series of #ThePagahConversation Gokul Dembi talks to Bharti Kaul and reveals how his curiosity in childhood brought him into the field of art and his contribution to art and culture. Gokul Dembi basically belongs to Rainawari and lived near a swamp (Demb) and thus was known as Dembi even though his family belongs to Koul clan.

He says that his foray into art began in his childhood and was more interested in drawing lines on wall with charcoal and later started drawing in his copy.

Dembi says he was not much interested in studies but in art and thus was nicknamed as “Wani Ravul”.

He says once an artist came to area and sat on the Kadal and started drawing the houses, boats etc which attracted him a lot but seeing that the artists had finished the painting but was still doing some finishing touches here and there to which Dembi intervened and asked him why he was still working when the painting is complete.

To this query the artists smiled realising his curiosity and asked him whether he too was into drawing pictures and getting a positive response from Dembi the artist asked him to take him to his home  and show him his work.

Dembi says that he took the artist to home and showed him his pencil sketches which attracted the artists and in recognition he gifted him with a brush asking him to paint with the brush instead adding this was a great inspiration for a child who otherwise was ridiculed for his passion and he began drawing more frequently.

He further says that, one of my Uncle Laxman Joo Dembi who was also an artist asked me to draw something for special occasions and I used to draw on Krishna on Janam Ashtami with which I got some money and could buy my own colour boxes.

Later when he completed his matriculation, he went to Amarsingh College where his father saw great artists working there and requested them to guide him.

“It was on their guidance that I went to Delhi instead and began my career with painters making banners and later joined Art College and thus began my full-fledged career in the field of art”, Dembi adds. 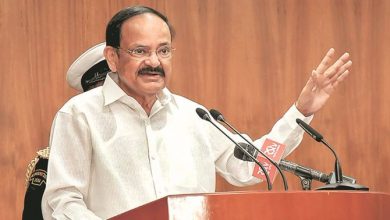 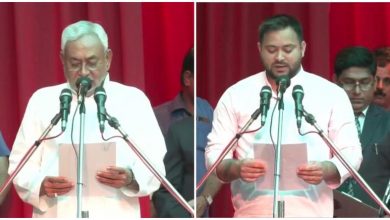 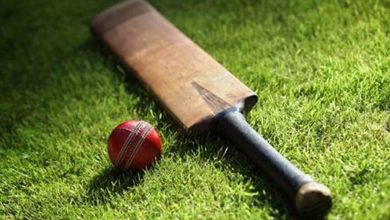