Jammu, August 22: Dr Ramesh Nirash, The Right News TRN Cultural Correspondent speaks about the importance of Vinayak Chorum being celebrated as ‘Pann’ by Kashmiri Pandits all over the globe today.
Dr Nirash is a subject expert on Hindu cultural and religious heritage particularly that of Kashmiri Pandits.
Here he wishes Kashmiri Pandits on auspicious occasion of ‘Pann’ and Vinayak Chaturthi being celebrated by Hindus all over the world and explains the significance of ‘Pann’ that is unique to only Kashmiri Pandits who observe the day as one of the most important and auspicious day when minute care is taken to maintain the sanctity of the house and not even water can be consumed before the pooja.
‘Pann’ is a sweet bread made by Kashmiri Pandit households beginning on Badra Pad, Shukla Paksha Vinayak Chaturthi with many other auspicious dates prescribed by the Kashmiri Pandit Panchang.
Kashmiri Pandits have this unique tradition of celebrating Ganesh Chaturthi in a different way and is considered the most important and auspicious festivals of KPs.
Ritika Handoo of Zee News has also beautifully explained the significance and legend of Pann Pooza in her article today.
“On the auspicious occasion of Vinayak Chaturthi, also known as Ganesh Chaturthi, the entire nation ushers in to celebrate the birthday of Bappa. This year Ganesh Chaturthi is being celebrated on August 22, 2020 – Saturday. It is also that time of the year when almost every Kashmiri Pandit household smells of desi ghee, fresh flowers, and delicious looking Roth prasad. On Vinayak Chaturthi (Ganesh Chaturthi) every year, Kashmiris celebrate the day, known as Pann Pooza by praying to Goddess Beeb Garab Maej (Maej meaning mother) and Lord Vinayak (Ganesha).
No matter in which part of the world you are, Kashmiri Pandit community celebrates Pann Pooza with utmost gusto and reverence to the Lord. On this day, Beeb Garab Maej is prayed to and the day is dedicated to her.
Significance of Pann Pooza:
Pann Puja or Pann Pooza as Kashmiris call it falls on the Vinayak Chaturthi (Vinayak Tchoram in Kashmiri) or Ganesh Chaturthi. It is originally associated with the spinning of newly produced cotton and worshipping the twin agricultural local goddesses, Vibha and Garbha to whom the devotees offer Prasad known as Roths.
A Roth is a sweet bread kind of a preparation which is first offered to the Goddess and then distributed amongst each other. It is also believed that two local goddesses transformed into one, known as Beeb Garab Maej—the mother goddess who is prayed to on this day.
Also, Lord Ganesha and Goddess Lakshmi are revered in the puja as well. Beeb Garabh Maej, the goddess who is worshipped on this day is seen carrying lota or a water pot which is placed at the Puja area. Then, most importantly, a single long cotton thread is tied to the pot’s neck with a handful of dramun or runner grass kept inside it, pointing again to its agricultural origin.
Some of the rice, flowers and dramun grass is then distributed amongst the family members who sit in the puja and the Roth preparations are kept in front of the goddess and earthen pot to signify the prasad offering to the goddess. Also, some fruits are offered to the mother goddess besides Roth.
Legend of Pann Pooza:
Then a legendary story of the Beeb Garab Maej is read by one person while others attentively pay heed to it. The story is quite similar to the Satyanarayana Katha.
After the story (Katha) has been read, the people present at Pann Puja offer the dramun grass, rice and flowers to the pot and pray with folded hands to the goddess for prosperity and good health.
The prasad of Roth and fruits is consumed by the devotees and the rest of the Roths are distributed amongst friends and family. There is also a tradition which goes like, you distribute the exact number of Roths to particular families respectively and the practice of sharing the Roth prasad should continue year-after-year without a fail.
In the same month, there are different dates when the Roth Prasad can be made and Pann Pooza conducted. But the majority celebrates it on Vinayak Chaturthi.
It signifies prosperity, auspiciousness and holds greater significance in Kashmiri households.
Here’s wishing everyone a very happy Ganesh Chaturthi and Pann Pooza to all!” (Courtesy Zee News) 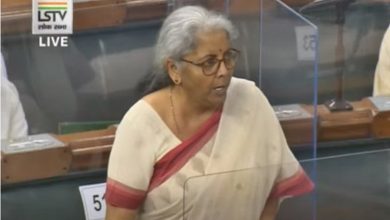 Both houses of Parliament continue to face disruptions over Pegasus snooping, farm laws & other issues 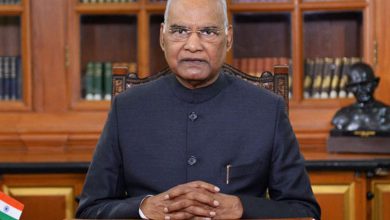